Degi (Delgertsetseg) is Mongolia’s best-known fiddler, enthralling concertgoers and dinner parties alike for years with her interpretation of Mongolian standards.

Her understated style distinguishes her from Vanessa Mae, the fiddler who has been wowing the western pop scene for a similar length of time.

Degi usually plays solo, with a recorded backing; her act lacks the theatricality of Vanessa Mae. Degi, too, is as easy on the eye as on the ear, but goes for understated grace rather than flamboyance.

She prefers the audience to listen rather than watch. One foreigner called her “the incredibly good one who looks so sexy.”

Enough, one would think, to go to anyone’s head, but not so. “I just like to be who I am, as long as I am happy with myself,” she confided.

Perhaps this is because the comment ignores her brains and energy. Having completed two degrees in Mongolia (music and translating), she was offered a full scholarship for a master’s at the Science and Technology University.

She opted instead to take up a Music Honours Scholarship and an Orchestral Scholarship to Grand Valley State University, Michigan, completing a four-year music BA in two years.

Back home in July, Degi then finished recording and mixing her second solo CD (Mongolian Treasures) and is now working on a third.

Degi began studying the violin at age seven after scouts from the Music College in 1986 identified her (from the size and shape of her fingers) as a potential musician.

“My mother and the family thought that it was so prestigious to be selected for the Music College that they encouraged me wholeheartedly to take up the violin.”

As her studies progressed, her mother’s ambition was for Degi to become a kindergarten teacher as things got tougher in the new democracy.

“Kindergarten children got food, so their teachers had food too. In the early 1990s, food was not always easy to get,” she reminisced.

In 1996, at 17, she won a silver medal at the National Young Violinists’ Competition (where, one wonders, is the gold medal winner?) and graduated from the Conservatory in 1998 after 12 years’ hard slog.

“We practised every day for countless hours, but…I appreciate…the discipline it has given me to pursue this career,” she says.

“Like many others, learning and practicing endlessly, and then Wow! You can do this! Yes! I can play! And I enjoy playing!”

Her second album is now out, with what she describes as “enchanting tunes in an instrumental fusion of traditional Mongolian melodies with a modern, techno-based edge.”

Loving Mongolian folk music, she said, “I decided to do these tunes and melodies in contemporary style to reach out all types of audiences, not only to Mongolians but also to international audiences.”

But she said she is at heart a classical violinist, having occupied the first violin chair for Mongolia’s National Philharmonic Orchestra.

For her two years in Grand Rapids, Michigan she was the university orchestra’s associate concertmaster, and is particularly proud of having studied under Dylana Jenson, a noted American classical violinist.

“My dream is to feel the same as Paganini felt about music; how he possessed the violin and was possessed by it.”

Asked whether a husband might insist on her giving up her musical career, she said firmly that they would have to discuss that before any such marriage.

Surprisingly, she explained that as regards marriage, she was a traditionalist, and that the husband should always be “a finger above the wife.”

But she gave the strong impression that first there would need to be agreement that music would continue – and skilfully tap-danced around whether there was a man in the picture at the moment.

For all these years, after playing my violin, I am very happy to be known as Mongolia's best-known violin player/fiddler, and for international community. I was classically trained in Ulaanbaatar for 12 years and spent a further 3 years... 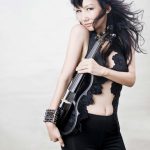 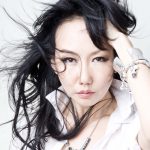 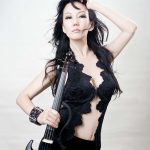 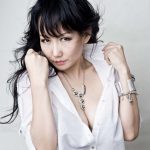